Why He Won't Talk About Prostate Cancer With You

A MAN LIVING WITH ADVANCED PROSTATE CANCER OFTEN AVOIDS OPENING UP TO THOSE CLOSEST TO HIM. AN EXPERT EXPLAINS WHY HE WON’T SHARE WHAT’S REALLY GOING ON AND HOW TO SUPPORT HIM WHEN HE CLAMS UP. 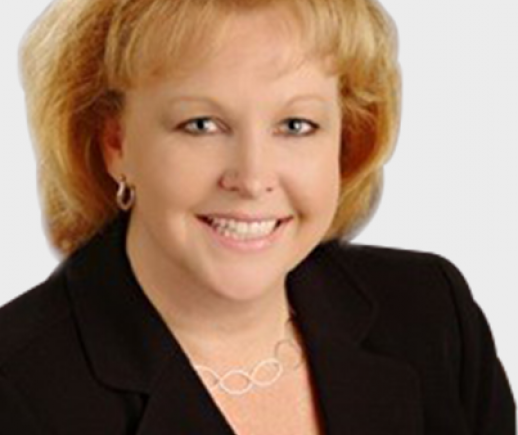 These are just a few of the things wives and daughters who want to help their loved one say to the support crew manning the Prostate Conditions Education Council (PCEC) hotline.

WENDY POAGE
President of the nonprofit PCEC, which focuses on saving and improving the lives of men with prostate cancer and their loved ones

That's because it's not just the man you love who is living with prostate cancer; the condition also takes up residence in wives' lives, too. Yet men can clam up post-diagnosis, leaving spouses feeling shut out. Here, Poage explains reasons a man with prostate cancer may not open up and how to support him.

REASON #1 :
HE'S THE BOSS
Often, a man automatically assumes the role of manager when he learns of his prostate cancer diagnosis. He sees himself as the CEO, the one who's supposed to be in charge. "These are guys that call us often," says Poage. "They make up about 65% of the calls we get." He may refer to prostate cancer as "his challenge," or "his disease," she says, in an attempt to regain control of a situation that feels out of control. This is likely the role he's used to having in the family.

WHAT YOU CAN DO: The men in charge may have trouble openly asking for help. Look for silent ways to offer support, such as picking up prescription refills at the pharmacy. If you'd like to be more involved in his disease management and understanding the various treatments, ask for a meeting with his doctor, schedule it, and state your case, just like you would in a business setting.

REASON #2 :
HE'S THE PROVIDER
Maybe your guy is used to taking care of you, and feeling really good about that. The kind of man that lives by the motto, "Family first, me second." Providing for a partner and family can be a strong source of confidence and wherewithal for a man. The idea of now having to be taken care of may make him feel weak. He doesn't want to overburden you, tax you, or cause you stress. For this reason, he may bottle up negative feelings.

WHAT YOU CAN DO: Reinforce to him that you're a team and take care of each other, and that you feel closer to him when he includes you in his life.even if his own life, thoughts, and feeling are revolving around prostate cancer. Offer silent support by making home-cooked meals and stocking your home with healthy options. "In my experience, men who are healthiest are often more likely to get access to advanced therapies, because they're strong enough to tolerate them," says Poage.

REASON #3:
HE'S MORE OF A LONER
He's always been the strong, silent type, and having a diagnosis of advanced prostate cancer has pushed him further into his private world. He may not want to trouble you with his thoughts, for fear that they are too dark and negative to share. Some men, especially after treatment – if it didn't go as hoped or causes difficult side effects – can end up feeling "hopeless, betrayed by their bodies, even angry," says Poage. "It's not you, it's the prostate cancer. He's not trying to hurt you or keep you in the dark out of spite. This may be the only way he knows how to deal."

WHAT YOU CAN DO: Try to get him to go to a local support group, where he can commiserate – and hopefully make a connection – with other men living with advanced prostate cancer. Ask others on your healthcare team [See article: “Building a Healthcare Team”] for help if he needs extra convincing. Support groups run by PHEN (email: rapcancer@prostatehealthed.org for more information) are open to men and women, and the breakout groups for just the girls can also give you a safe place to vent.

REASON #4 :
HE'S A HUSBAND NOT A PATIENT
And he probably still sees you as his partner in life, not his nurse in medical care. As you likely know, prostate cancer is a condition that takes aim at a guy's manhood and virility. Side effects of treatment may include erectile dysfunction (ED), and incontinence, which can lead to intimacy issues and hamper your relationship. As many women are satisfied expressing and experiencing love through intimacy, your guy may feel weak by not being able to perform sexually. And he may feel that talking out loud about his inabilities dampens the romance even more.

WHAT YOU CAN DO: Consider seeing a sex therapist together, who can provide ways for you and your husband to renew passions and build intimacy anew [see some additional information about Exploring Sex and Intimacy]. And if he won't talk to you about exactly what's going on, spend a little time researching online the potential side effects of the treatment, at trusted sites such as PCEC, PHEN, HisProstateCancer.com, MedlinePlus, American Cancer Society, and Mayo Clinic. Us TOO also offers numerous support groups across the United States and abroad that you can recommend to your loved one – sometimes he just needs to talk to other men who are going through what he’s experiencing. In addition, you can ask your healthcare team about how to find out about the latest clinical trials your husband may want to consider.

REASON #5 :
HE'S SECRETLY PETRIFIED
Hearing the words "You have cancer," may force a man, for the first time in his life, to face his own mortality. According to clinical studies, men with prostate cancer are at risk for anxiety and depression. Some men may even suffer suicidal thoughts. Poage knows this all too well. "It's hard for me to hear, but one man said he'd rather be impotent or incontinent."

WHAT YOU CAN DO: Become aware of the telltale signs of depression (See here some of the different forms that depression can take) and be prepared to talk with your husband's doctor or healthcare team if you have concerns. Don't be afraid to speak up. "What's key is remembering, ‘It's the prostate cancer, not you’, and spouses just can't hear that enough," says Poage.

FOR MORE INFORMATION AND RESOURCES:
CALL OR EMAIL PCEC 303-316-4685;
info@prostateconditions.org

YOU CAN FIND MORE ON FOSTERING OPEN COMMUNICATION ON THE ROAD TOGETHER PAGE.

My Prostate Cancer Roadmap is an initiative of Janssen Biotech, Inc., in collaboration with…

The third party trademarks used herein are trademarks of their respective owners.

This site is published by Janssen Biotech, Inc., which is solely responsible for its contents. The material on this site is intended only as informational or as an educational aid and it is not intended to be taken as medical advice. The ultimate responsibility for patient care resides with a healthcare professional. This information is intended for the use of patients, caregivers, and healthcare professionals in the United States. Laws, regulatory requirements, and medical practices for pharmaceutical products vary from country to country.

All models on this site are used for illustrative purposes only.

You are now leaving MyProstateCancerRoadmap.com. By clicking "Continue" below, you will be taken to an external site that may contain links or references to other websites to which our Privacy Policy may not apply. We encourage you to read the Privacy Policy of every website you visit. Our Privacy Policy can be reviewed by clicking here. You are solely responsible for your interactions with such websites.